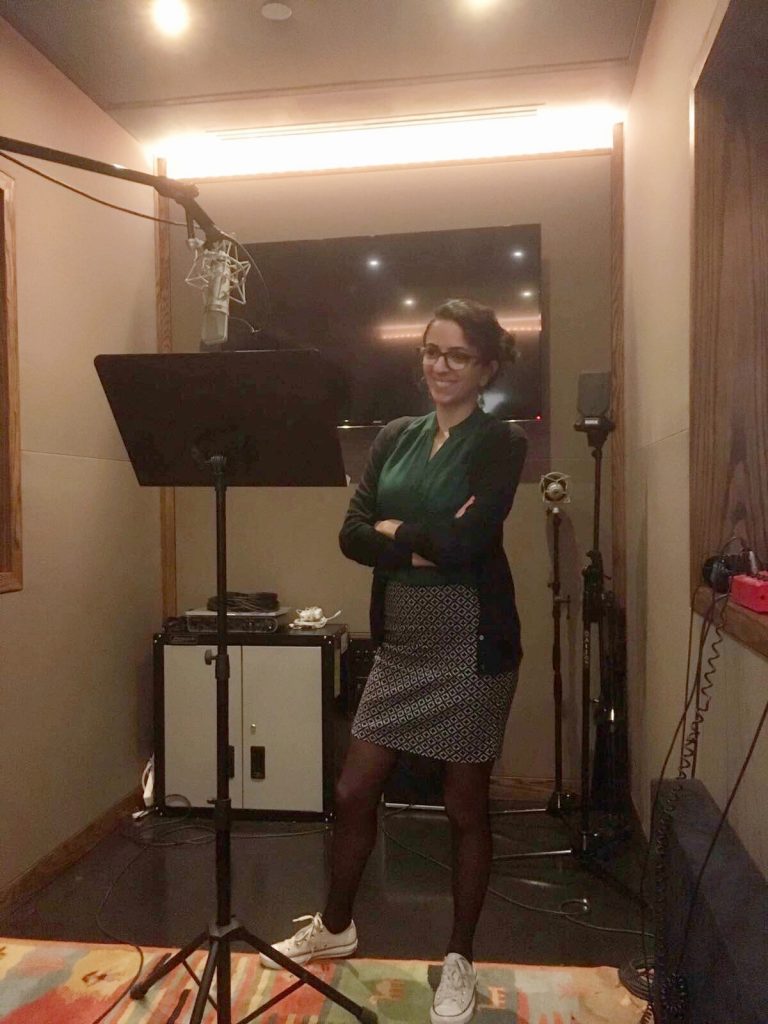 As part of RSN’s mission to serve refugees in host communities, we are honored to work with a range of individuals who are committed to lending their time and energy to helping forcibly displaced peoples. Our Profiles in Solidarity allow our supporters an inside look on the people who contribute to RSN’s mission, and the journeys that bring them to support refugees.

RSN, in collaboration with our primary partner Refugee Rights Turkey, has released a series of informational videos for Syrian refugees in Turkey. Our team took a moment to speak with Marwa Dharkhabani: a Syrian refugee and friend of RSN that not only kindly gave her time and language skills, but literally her voice, to help prepare the first series of videos.

Marwa’s story takes her from Syria to New York City and beyond.

Marwa first came across RSN at our 2016 awareness-raising, network-building and fundraising event in New York’s Chinatown. “My friend, who has her own social enterprise trying to help refugees, told me about RSN’s fundraiser event and mentioned that [the organization] helps Syrians. As a Syrian—that means a lot to me,” Marwa said.

“I remember you all talking about RSN, its vision, and the mission of the organization. I thought it was interesting because I know friends in Turkey struggling with the legal system, with language issues, and financial issues. So I went to the staff and told them: I can speak Arabic and English, if you need any help please let me know.”

Marwa offered many hours of her time to first work on proofreading  and editing scripts in Arabic. She then embarked on her first experience in a professional recording studio as a voice actor. You can watch an example of the videos featuring Marwa’s voice below:

To help explain her motivation to volunteer with RSN, Marwa shared her journey to the US and the lessons she’s drawn from it.

“The US, especially New York City, is my home—my home away from home. But still I miss my family, I miss Syria a lot. I had a great time living in Damascus. It breaks my heart being away, and watching the news and talking to my family.”

Although highly fruitful, Marwa’s time with RSN was brief. After working in finance in New York City, she has recently moved on to start her MBA in Chicago. As an avid traveler and motivated spirit, Marwa first stopped in San Francisco for the summer in order to do an internship at a startup.

The difficult experience of seeking asylum and starting over in the US is important to Marwa, and she explains how that perspective led her to volunteer with RSN on this project. “I was an asylum seeker myself. I lived through it. I know how hard it can be. In my case I am lucky because I speak English fluently so I can understand the regulations… Another thing is that I was lucky to…get pro bono services from a law firm and a nonprofit in Georgia called GAIN. They connected me with the law firm that I worked with and gave pro bono services.”

“I can imagine how hard it is to be in the same situation, and need legal help when you don’t know the language, and don’t know the resources. This is very hard. Having an organization that can help with that, I know it means a lot because I went through it.”

Marwa added her thoughts on what it means to show solidarity with refugees. “Remember that we are human beings,” she said. “A lot of people—they think refugees are going to take our money, they will take our welfare. But I have so many friends who are asylum seekers and refugees, and they work, and they pay taxes, and they contribute to society like anyone else. For solidarity, if anyone wants to embody this idea, I suggest they educate themselves on [what refugees face].”

Marwa adds one final reminder about the reality of the refugee experience: “We are not escaping poverty; we are escaping death. We are not leaving our country because we don’t have jobs or resources, but because we do not want to die.”